Jerry's current interests include not only the Mid-Atlantic Region but places and things from all over the United States, including landscapes, seascapes, portraits, florals, and still life. He works both in oils and watercolors. Jerry has recently renewed his interest in classical oil painting.

Jerry has participated in Maryland State and Federal duck stamp competitions winning awards and ribbons in painting, decoy carving, and photographic competitions throughout the Region. He had a painting published in The International Artist Magazine  and was a finalist in their monthly competition, as seen below. He also  had his work published in the South West Art Magazine in September and October, 2016. September issue for emerging artist, and the October issue for Artist to collect. He recently had artwork published in the Circle Contemporary Art Magazine, in the Fall Quarterly and December 2017 spotlight magazine, as seen below. He is also available for commissioned paintings & artwork. 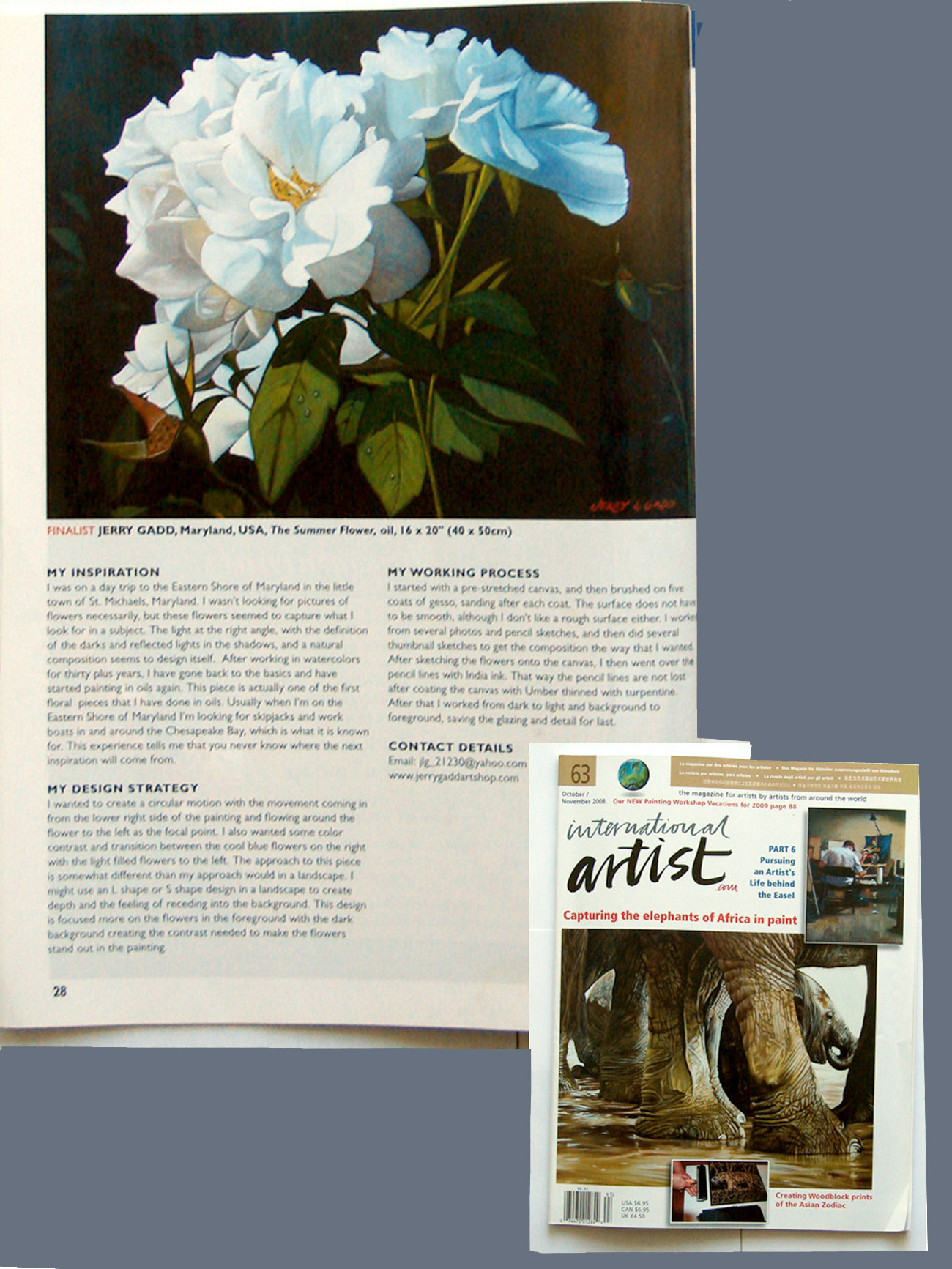 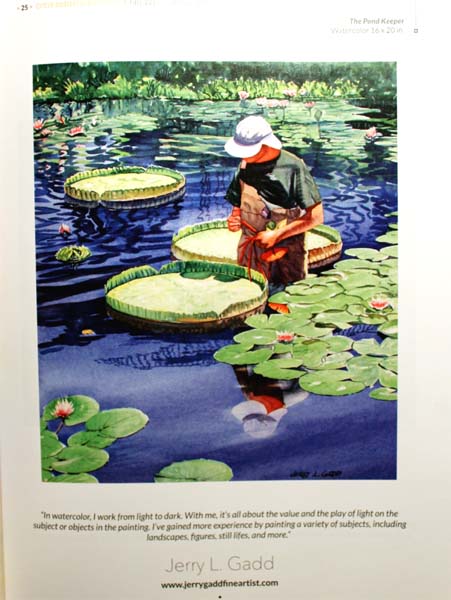 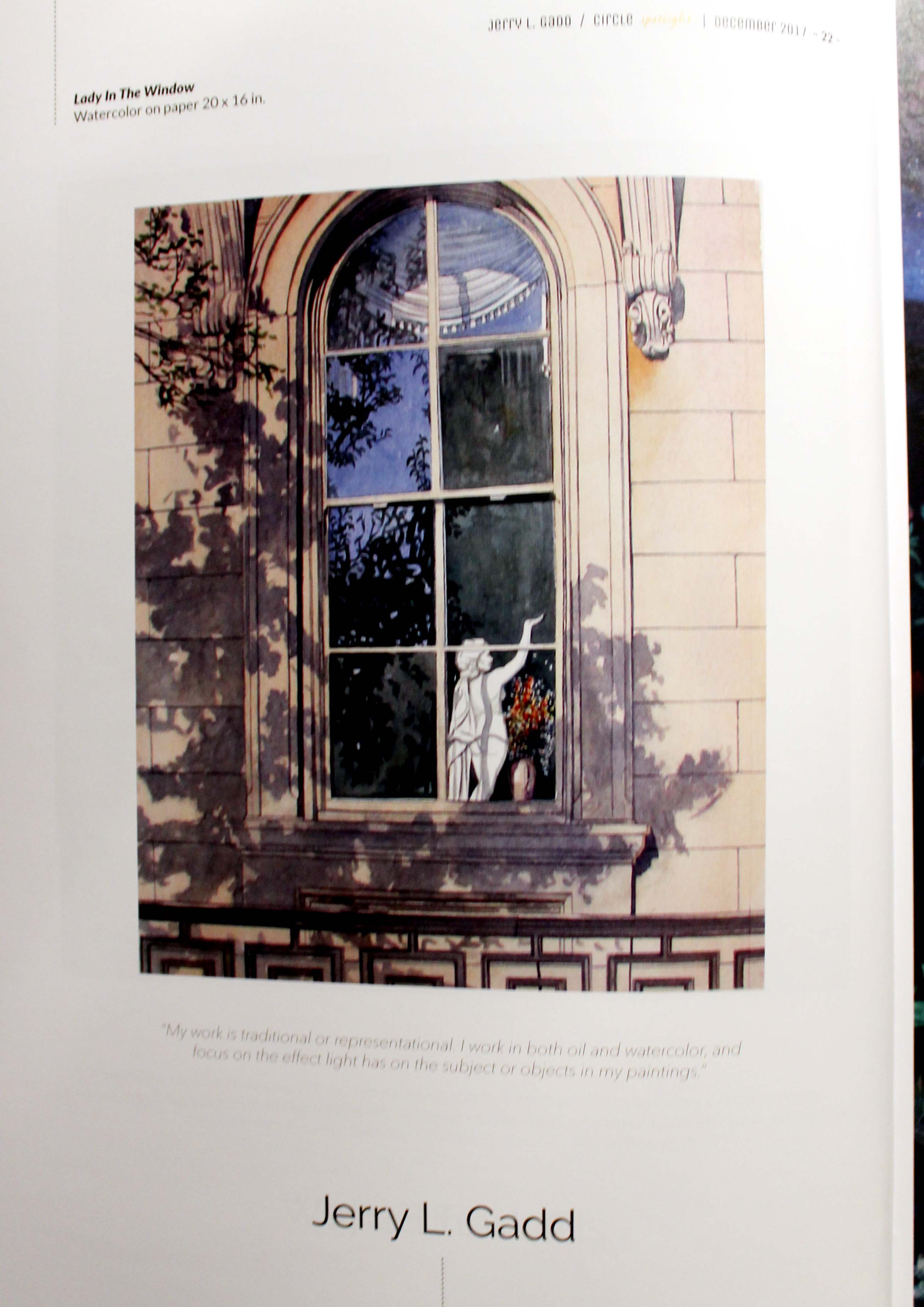 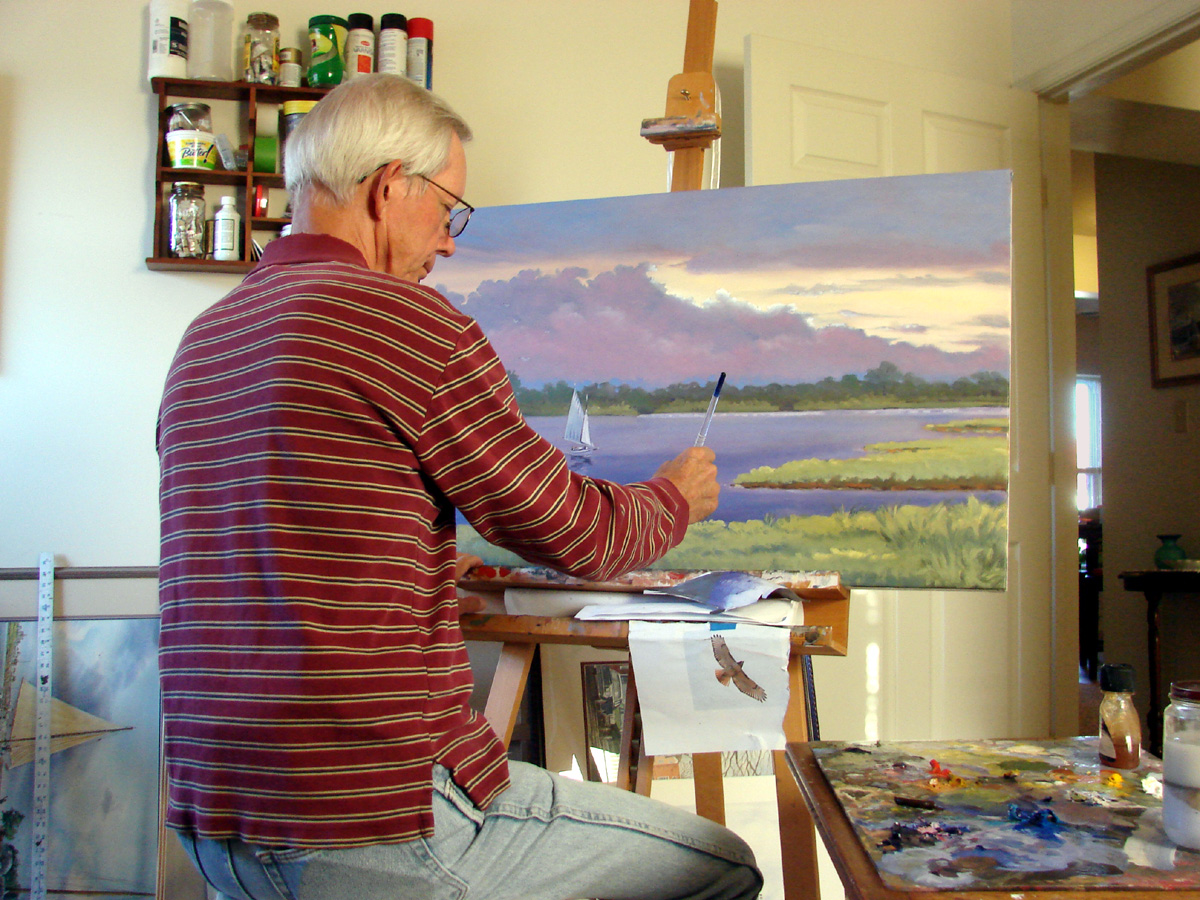 Ribbon and Awards, 2016 and 2017 Annual Members Show and exhibit